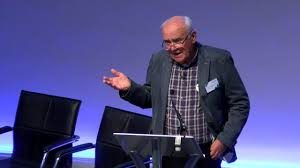 Andy is an active anti-nuclear campaigner, chairing local campaign group BANNG (Blackwater Against New Nuclear Group).  He is Emeritus Professor of Social Sciences at The Open University and has been deeply involved for almost 40 years in radioactive waste management issues.  He was a member of the original independent expert Committee on Radioactive Waste Management (CoRWM) which recommended geological disposal, and more recently was a member of the expert advisory Community Representation Working Group (CRWG) which helped develop the ‘Working With Communities proposals currently out for public consultation.  His OBE was awarded for services to environmental protection. 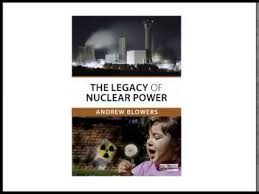 His latest book, The Legacy of Nuclear Power, examines the ever changing relationship between local communities and the nuclear industry, and offers insights into how the nuclear legacy (ie radioactive waste) should be managed in the future.

Andy is writing a series of articles which draw on his book, the first three of which are available to read on the links below:

Nuclear’s Wastelands Part 1 – landscapes of the legacy of nuclear power: in the first of a series of articles on the local and social legacies of nuclear energy, Andrew Blowers looks at where and why these legacies have come to pass.

Nuclear’s Wastelands Part 2 – Hanford, the nuclear frontier: in the second of a series of articles on the local and social legacies of nuclear energy, Andrew Blowers looks at the history of nuclear activity at the Hanford site in the Pacific Northwest of the United States.

Nuclear’s Wastelands Part 4 – France, the core on the periphery: in the fourth of a series of articles on the local and social legacies of nuclear energy, Andrew Blowers looks at La Hague and Bure, two places with a crucial role in the storage and disposal of France’s more highly radioactive wastes.

Nuclear’s Wastelands Part 5 – Gorleben, the power of the periphery: in the fifth of a series of articles on the local and social legacies of nuclear energy, Andrew Blowers considers the conflict over the nuclear waste facilities at Gorleben, which proved pivotal to the end of nuclear power in Germany.

Nuclear Wastelands Part 6 — into the future: in the final part of a series of articles on the local and social legacies of nuclear energy, Andy Blowers considers the issues raised by the long-term management of radioactive waste and materials.

All views expressed in the articles are the author’s.