i Feb 2nd w No Comments x by rpayne

Professor Malcolm Morley OBE has been appointed as the new Chair of Radioactive Waste Management Limited (RWM), the organisation responsible for delivering the UK’s GDF. 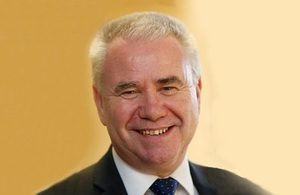 He was already serving as an Independent Non-Executive on RWM’s Board, and was previously Chief Executive of Harlow Council until his retirement last autumn.

Commenting on his appointment, he said:

“I am honoured to be leading RWM as Chair at this critical time. RWM’s mission to deliver a long-term solution for the safe disposal of higher-activity radioactive waste will protect future generations and our environment from the legacy of waste the UK has created over the past 60 years.

“RWM’s outstanding expertise in areas such as science and engineering, and its commitment to community engagement, will help deliver an infrastructure project like no other we’ve seen before in the UK and I am delighted to be a part of the team.”

The full announcement from the Nuclear Decommissioning Authority (NDA) can be read here.