i Apr 17th w No Comments x by rpayne

Sir John Armitt has called for more proactive public engagement on infrastructure projects.  The new Chair of the The National Infrastructure Commission (NIC) was speaking at publication of the NIC’s first Annual Monitoring Report.

Sir John is reported saying there is a “need for professions who deliver infrastructure to realise that if they want their work to be accepted they have to get out there and explain, in words that are plain English, what it is about and why it is necessary.” 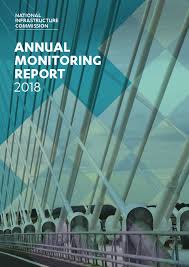 The Report basically observes that Government needs to do more, more urgently, if the UK is to retain international economic competitiveness. Sir John also regretfully noted that a key issue is short-term political decision-making, saying: “It is a sad thing about politics, isn’t it? The short-termism. At the end of the day ministers know they have an election coming two or three years down the line and will be remembered by what costs went up and which went down.”

Avoiding the pitfalls of political short-termism is one of the key proposals in the Working With Communities (WWC) public consultation.  However, absent from the NIC Report is any mention of the consultations or Geological Disposal Facility (GDF).  The NIC is in the early stages of its life, so perhaps it’s not surprising that it has yet to embrace the GDF.  But this is a matter which needs addressing sooner rather than later.

The GDF is important to the country and the work of the Infrastructure Commission for several reasons:

Finding a site to dispose of our radioactive waste is a contentious issue.  But finding a site is vital to our long-term national interests.  It can only be achieved by having open honest discussions with fellow citizens, and creating a decision-making framework that can take a long-term view, unhurried by electoral fluctuation, because it involves all parts of the community working in partnership.  We look forward to the NIC’s greater engagement in the GDF process.