Row in US Senate over radwaste : Local people say let us decide

i May 28th w No Comments x by rpayne

A heated row broke out between US Senators during an Appropriations Committee debate on whether to use a site in southeast New Mexico to temporarily store the nation’s nuclear waste, pending a permanent repository site being found.

Lindsey Graham, Senator from South Carolina, tried to block funding for a nuclear waste interim storage programme in retaliation for the Energy Department’s decision to shut the MOX facility at South Carolina’s Savannah River Site.  He was supported by New Mexico Senator Tim Udall, but they were lone voices in the debate

Pushing through the proposal for a temporary store Senator Diane Feinstein noted that since the Yucca Mountain nuclear waste permanent storage facility in Nevada was politically dead, funding for temporary waste storage was needed instead, saying: 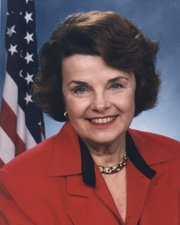 “We have a bipartisan pathway forward in the Senate, but the House won’t budge. They won’t support any nuclear waste proposal that isn’t Yucca Mountain, and we all know that each party has a senator from Nevada who won’t let Yucca happen.  We can’t let another year go by with no movement on nuclear waste.”

However, US Senators were criticised by New Mexico State Senator Gay Kernan, whose district includes the site for the proposed temporary waste facility. She said people that don’t live in her part of New Mexico shouldn’t be telling them what they can and can’t do, and that local people who live in the region understand the economic benefits the nuclear waste industry provides.  Kernan said:

“Let southeast New Mexico decide if we want to be a supportive community or not. We may not be, but I think there are many in our area that understand the science and are willing to let the Nuclear Regulatory Commission (NRC) to do their work. Following the NRC’s environmental impact study we will make a decision as a community.”

This article is a summary of a longer more detailed piece in the Los Alamos Monitor.