Accusations that the leading ‘left-wing’ US politician Bernie Sanders tried to ship radioactive waste from his prosperous neighbourhood to a poor Latino community in Texas are the subject of an analysis by a fact-checking/myth-busting website. 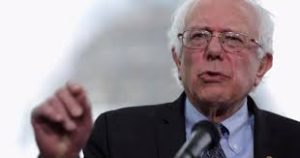 It appears true that Bernie Sanders supports the geological disposal of radioactive waste, as can be seen from what he said on the floor of Congress when legislation was being considered:

“One of the reasons that many of us oppose nuclear power plants is that when this technology was developed, there was not a lot of thought given as to how we dispose of the nuclear waste. But…the reality, as others have already pointed out, is that the waste is here. We can’t wish it away … So the real environmental issue here is not to wish it away, but to make the judgement, the important environmental judgement as to what is the safest way of disposing of the nuclear waste that has been created.

…Leaving the radioactive waste at the site where it was produced … is horrendous environmental policy… This is not a political assertion, it is a geological and environmental reality.”

However, the fact-checking website Snopes.com, concludes that the accusations being circulated by conservative media in the US, while based on objective facts, critically, leave out important context.  Sanders did co-sponsor environmental legislation designed to better manage radioactive waste, but neither he nor the legislation specified any particular location.  As would seem clear from his quote above, Sanders was motivated to find a location based on scientific analysis and best environmental protection practice.

The issue of radioactive waste has become a major political story since Donald Trump came to power.  Perhaps surprisingly it is generally a bipartisan issue, which the majority of Americans back.  You can read some more about recent events:

There are also hundreds of articles on the issue from US national, regional and local media in our international media archive.