YouGov poll: US public favours single repository by factor of 3to1

Half of Americans believe that it is better to have a single disposal site for radioactive waste than keep the waste on the surface at multiple sites around the country.

That is the finding of a YouGov poll published this week.  The poll covered a number of major public policy issues (eg immigration, terrorism, N Korea, etc).  But in a clear signal that radioactive waste disposal is currently a major political issue in the US, the poll also asked people about their attitudes to radioactive waste disposal.  Unsurprisingly almost two-thirds of Americans would not want a GDF near where they live.

You can access more detail from the YouGov poll here, but the relevant section on geological disposal is set out below: 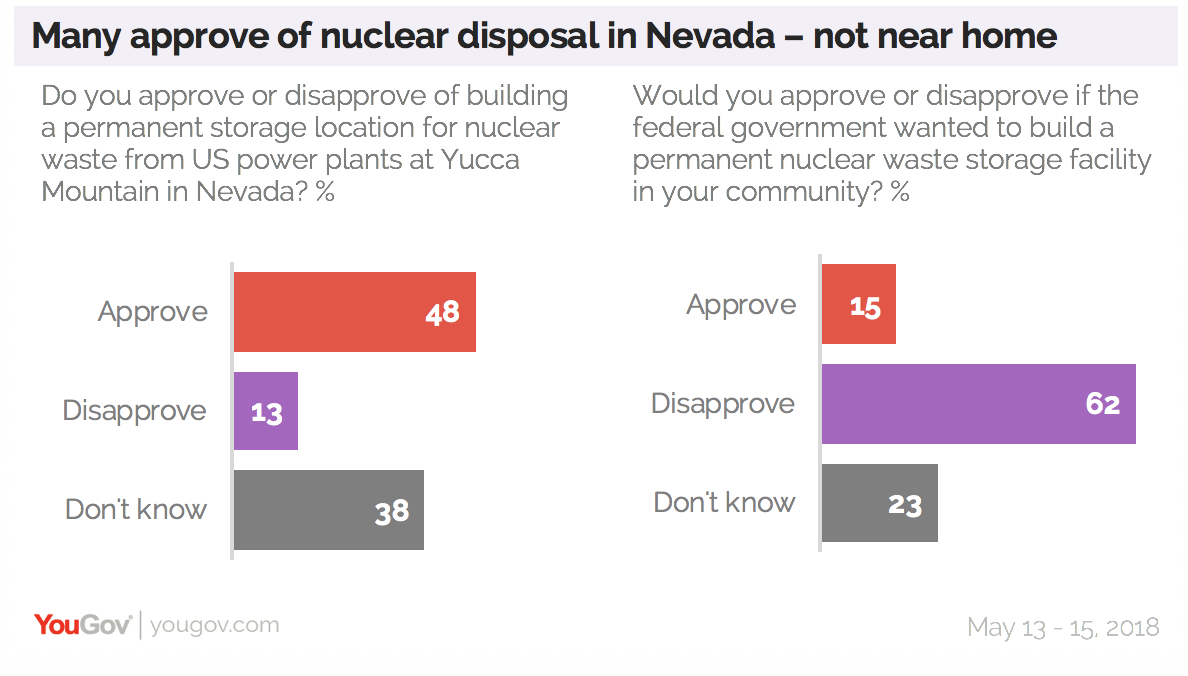